Posted on February 14, 2010 by chrispagefiction 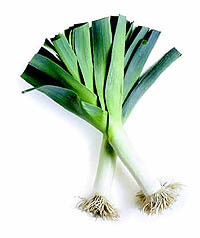 Despite the huge publicity generated by this site for their money raising campaign, WikiLeaks has not yet resumed normal service. However, they are still accepting leaks and they are regularly posting on Twitter (follow them here).

Being an assiduous reader of this site, you will already know that WikiLeaks allows corporate or government whistleblowers to place information with minimal risk to themselves where journalists, NGOs, you and I can get it.

“We have received hundreds of thousands of pages from corrupt banks, the US detainee system, the Iraq war, China, the UN and many others that we do not currently have the resources to release,” says their web page.

The site goes on to say, “Even $10 will pay to put one of these reports into another ten thousand hands and $1000, a million.”

I didn’t send enough money for WikiLeaks to distribute information to millions. I sent precisely something between that amount and the suggested minimum, and I found that very easy to do through the WikiLeaks main page.

Incidentally, on WikiLeaks’ main page there is a froody little YouTube video culled from Britain’s the Culture Show that tells you more about the organization (in that strenuously interesting style that only TV victims can find interesting).

So there you go. If you want to bring an abrupt end to corruption and injustice in the world, you still have time to set the wheels of data revolution in motion with your credit card.

Author of the novels Another Perfect Day in ****ing Paradise, Sanctioned, Weed, King of the Undies World, The Underpants Tree, and the story collection Un-Tall Tales. Editor, freelance writer, occasional cartoonist, graphic designer, and all that stuff. At heart he is a London person, but the rest of his body is in long-term exile in Osaka, Japan.
View all posts by chrispagefiction →
This entry was posted in iniquity and tagged Wikileaks. Bookmark the permalink.