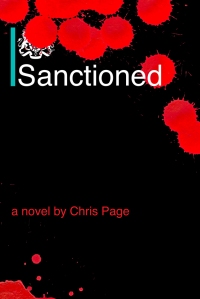 The man knocking on the shabby door of the grottiest flat in the scuzziest estate in the slummiest corner of London has a nose that looks like a bellend.

Gideon Smith steps back from the door upon which he has rapped with a smirk of satisfaction at a job well done and waits for someone to answer.

Smith is the definition of nondescript, the sort of person who could run down the high street on a busy Saturday afternoon stark bollock naked and with his head on fire without being noticed. He has buttoned-down hair with an appallingly neat side parting, a forehead that is expansive to no good end or reason, and a face that would be entirely without feature but for that one remarkable thing in its middle — and this thing is often and inevitably remarked upon. The remarkable thing being, of course, the nose that looks like a thing. It is, perhaps, the sole thing by which to remember Gideon Smith because the rest of him slips out of the consciousness so easily. The bridge of the nose is unusually round and tubular and angled in such a way as to suggest dangling-ness and terminates in an unusually bulbous and fleshy tip that is deeply cleft in a very unfortunate and evocative way. It is not just a feature that sticks in the memory, it is a talking point in itself. ‘Gideon who?’ people might say when asked to recall him. ‘Which Smith?’ they might ask. ‘Oh, you mean the bloke with a nose like a bellend?’ And, ‘Christ! I remember the nose, don’t remember the rest of him. Isn’t he a bit of a wanker?’ It is, you might say, his claim to fame, that nose that looks like a bellend.

There are other reasons besides the notable nose for which Mr Smith ought to be well known. If only anyone actually knew them.

[The first page of the new novel by Chris Page — to be published very soon.]

Author of the novels Another Perfect Day in ****ing Paradise, Sanctioned, Weed, King of the Undies World, The Underpants Tree, and the story collection Un-Tall Tales. Editor, freelance writer, occasional cartoonist, graphic designer, and all that stuff. At heart he is a London person, but the rest of his body is in long-term exile in Osaka, Japan.
View all posts by chrispagefiction →
This entry was posted in fiction and tagged #amreading, #amwriting, bellend, novel, Sanctioned, Tory bastards. Bookmark the permalink.