Posted on August 19, 2016 by chrispagefiction
All right! Enough everybody! Enough! This summer has gone way beyond a joke now. Silly! Silly!
What is it now? About 30 consecutive days of 35 or 36C? I hear that Osaka scored 38C today. Thirty-eight! I mean, fuck off, OK? 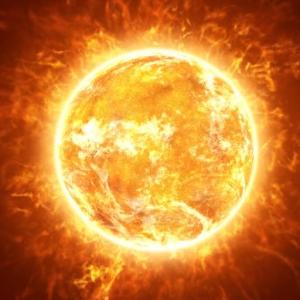 And this is not the cor-blimey-worra-lark dry heat of Spain or North Africa. This is wet heat. It is fetid heat. This is hot marmalade injected directly into your lungs heat.

I don’t know what the temperature peaked at here today, but my air conditioners couldn’t keep up. I’m not kidding. The inside temperature with the aircon set to 24 was pretty consistently 30C. The unit in my man cave actually gave up in the afternoon and just wheezed and groaned, which is exactly what I was doing, sprawled on the floor instead of doing all the things I was supposed to be doing. I had some simple email to write to some clients — not a lot, just a bit — and it was about 4pm by the time I had enough strength in my arms to put my hands on the keyboard to do that.
Had an uncharacteristically good sleep last night, then went outside about 9am to do a little heavy-ish lifting for Eiko. Wasn’t outside for more than 30 mins, came back in exhausted and covered in mosquito bites. And then that was that for my day. The end. I waved goodbye to my chips. May as well have put me in general anaesthetic and woken me up at sundown.
Talking of sundown, at 7pm it was still 31C in my room. Seven-effing-pm.
This was a day I will not get back again. And I lost it to the bloody weather. How ineffably asinine is that?
The story I’m working on has gone untouched. As has the picture I wanted to do. Marketing my stuff or looking for new work? Laugh laugh laugh laugh laugh till I pass out with heat. Not laugh laugh laugh till I piss myself, because my kidneys have completely dried out now.
And there are people, even people I know, people I know who read Brietbart and the Mail and the Express and the Telegraph and watch the BBC, who will tell me that climate change is not happening. The planet is boiling off its bedrock and these people are going ‘No, it isn’t! No such thing as man-made climate change. New ice age, that’s what it is. Caused by very cold sun spots. Look! There’s a polar bear!’
So that’s enough. No, not funny. Wasn’t funny to start with, even more not funny now. I want everyone to stay absolutely still and quiet until I find out who caused this bloody silly weather — or I will do when I extinguish these flames because I seem to have caught fire.

Author of the novels Another Perfect Day in ****ing Paradise, Sanctioned, Weed, King of the Undies World, The Underpants Tree, and the story collection Un-Tall Tales. Editor, freelance writer, occasional cartoonist, graphic designer, and all that stuff. At heart he is a London person, but the rest of his body is in long-term exile in Osaka, Japan.
View all posts by chrispagefiction →
This entry was posted in silly and tagged bollocks, climate change, Japan, marmalade, summer. Bookmark the permalink.