Posted on April 12, 2015 by chrispagefiction

So, Jeremy Clarkson has been dropped by the BBC and the hunt is on for a new presenter for his TV show Top Gear.

I am going to now suggest something appallingly, boringly obvious, and you know what I’m going to say, don’t you: I am going to nominate me for the new presenter of Top Gear.

It makes sense, though, doesn’t it. And I need the dosh.

I have continuity with Mr Clarkson in that I’m white, middle-aged, middle class, privately educated, and completely out of shape. But at the same time I can provide a diverting change. I’m not a racist, belligerent, bullying, right-wing fuckwit for a start, and, more importantly, I know how not to wear jeans with a jacket.

Of course, there would have to be a few changes in the format. Stands to reason: any new presenter is going to stamp their personality on the show, and there’s a lot of crap personality that needs stamping out on Top Gear.

I’d get rid of the fucking cars for a start. 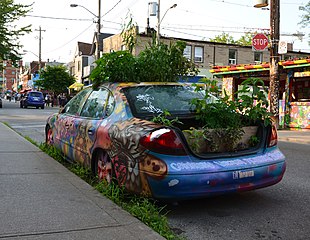 Bollocks to cars. Can’t see the point in them. Cars are environment-destroying penis extensions. Have you seen those photos of car shows? I mean the ones with the women in very short skirts posing on the bonnets of the flash motors? Those women, they were paid to do that. Do you think that in real life, without being paid, they wander up and down High Street draping themselves over cars at random because that’s what they do? Well, silly you!

No, they’re paid to wear those clothes and sit on the cars and that tells you a lot about cars and the people that drive them, that does. Car owners have to pay people to wear short skirts and pretend to like their cars for them.

No, I’d skip the cars and go straight for the gear. I’ve done a lot of gear in my time, and I’d love to tell the punters about it.

I remember this Columbian Red and this Moroccan Gold I had once. Fucking top gear that was, I tell you. Not a lot better gear than that. Coincidentally — and I don’t know what will qualify anyone for hosting this show if this story doesn’t — after smoking a cocktail of the Red and Gold gear I actually drove a car. I was asked by my mother to take my grandmother home, and as much as I would have liked to have said, ‘I’d love to but I’m stoned out of my fucking tree about now,’ I didn’t because I was too fucking stoned to think of pointing it out.

That was an ordeal, I tell you, driving my gran home. The white lines were separating from the middle of the road and vaulting the Peugeot. I was driving with a hand over one eye because my stereoscopic vision was totally out of sync and the world was wobbling all over the place. Once in town, I managed to drop Gran off and then got lost. Yes, lost in the city I grew up in. I caused a crash and then zoomed off through the centre of town without stopping and hid the car in the cathedral car park. I’m not going into the details of the crash because I don’t think Britain has a statute of limitations and I don’t want to be identified. And then I had to go to a party and smoke some more. Anyway, one party later, I nearly drove the car off a bridge and into the River Severn while bending down to try to get the car’s heater to work.

Other top gear we could talk about would be Afghanistan Black. Very squidgy, very oily, always did the biz. Or that skunk I had in New York that caused the back of my skull to fall off and my brain to drop out, right in the middle of a Manhattan bar. Fucking excellent gear that was.

And then there was that brown amphetamine stuff I had that nearly gave me a heart attack and provoked my flatmate to smash a cup in his own face. And then there was the opium I had in a pipe of weed on the pavement (sidewalk) on West 25th St in Manhattan. Gear doesn’t get much more bonkers than that.

So there you go. I have lots of top gear to talk about on the TV and I definitely volunteer myself for discovering some more. I know how to deal with a crash (more gear) and I’m not afraid of speed!

Right, who’s got the skins and where do I sign?

Author of the novels Another Perfect Day in ****ing Paradise, Sanctioned, Weed, King of the Undies World, The Underpants Tree, and the story collection Un-Tall Tales. Editor, freelance writer, occasional cartoonist, graphic designer, and all that stuff. At heart he is a London person, but the rest of his body is in long-term exile in Osaka, Japan.
View all posts by chrispagefiction →
This entry was posted in non-fiction and tagged cars, Chris Page author, Jeremy Clarkson, Top Gear, Weed. Bookmark the permalink.